My name is Gabriel Aguilera and I‘m a musician with roots from Chile but reside now in Sweden. My journey of becoming a professional bass player began at the age of 21. At the young age of 13, I discovered the beauty of music in a Christian church close to where I grew up.

In 2000, I joined the University of Playa Ancha’s career in Music Pedagogy where I further deepened my studies of musical theory. Three years later, a funk band called me to replace their current bassist for one gig... I ended up playing with the same band for one entire year and performed over 20 concerts. All in the same year.

Later that year, I decided to pursue the profession as both music teacher and principal of the Instrumental Music School at University de Playa Ancha. The same year, I also decided to start studying Electric Bass with Marcelo Córdova i took four lessons and subsequently with the great teacher René Moris for one full year.

My musical journey took me to many new places, I began recording and performing in South America and Europe (mainly in Chile, Sweden and also in Brazil, Argentina, Uruguay, Spain, Denmark and Norway). I currently live in Sweden, where I work and perform weekly with my band Gabriel Aguilera Band and where we continuously explore new depths and infusions of latin, jazz, fusion, rock and funk genres. Furthermore, I have also recorded Swedish Hip hop and Brazilian music.

Deserve special mention for having played with Gonzalo Palma - recognized as one of the best pianists in Chile.

I hope you enjoyed my story! 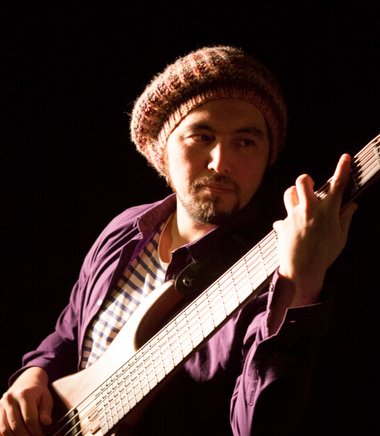